Cryptocurrencies such as Bitcoin or Ethereum are a novelty that fascinates some while putting off others. The former people are driven by cryptos’ massive increase in value in recent years, while the latter people consider their large price fluctuations, which can turn a portfolio into a small one. However, I believe that the real novelty lies not in this category of virtual currencies but instead in the technology that makes them possible: the Blockchain.

I am by no means the only investor with experience in the financial markets who is convinced of crypto’s revolutionary potential. That is why I wanted to publish a series of articles explaining a series of terms and concepts that are not exactly accessible for the less initiated. 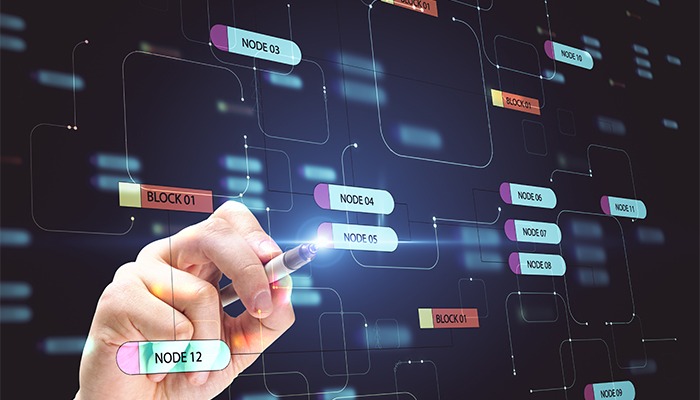 The easiest way to start these explanations is to talk about the most well-known example of Blockchain put to good use: cryptocurrencies. For any currency to function as it should, a consensus had to be made that a certain thing, such as Bitcoin, has a specific value. A specific amount of coins is still required, hence the need for an issuing authority, such as central banks in classical currencies. Coins cannot function correctly without accurate and secure records (preventing theft) of the volumes held by individuals or institutions and the transactions that occur.

Cryptocurrencies are a disruptive version of fiat currencies because of Blockchain. First of all, the issuing authority is no longer a central one, making some people happy for political reasons. In any case, the money circulation does not occur due to possible subjective decisions of some people, but through an automatic process called mining. In addition, the record is kept on numerous computers at the same time, making it 100% accurate. The Blockchain also allows for a seemingly paradoxical thing to occur: the transactions are entirely transparent, but the identity of their participants is undisclosed and hidden.

How is this done in terms of software architecture? The tech’s name is pretty self-explanatory: “blockchain”, meaning “a chain of blocks”. In other words, it refers to a database comprised of containers (blocks), which are present at the same time on several computers. For example, a classic accounting register exists in a bank’s computers, possibly with one or more backups. Distributed ledgers built on Blockchain technology are present simultaneously on several computers in two ways: firstly, there are backups and secondly, each computer stores different parts (blocks) of the database /register.

In addition, Blockchain also contains a feature that makes it extremely versatile: the so-called timestamp, which is the time stamp that the blocks of information must include. As the database expands, the information is marked with dates and times. For cryptocurrencies, this refers to the circulation of new monetary volumes. In other applications, this means that the origin of any quantity present in the register can be traced back to its incipient phases. 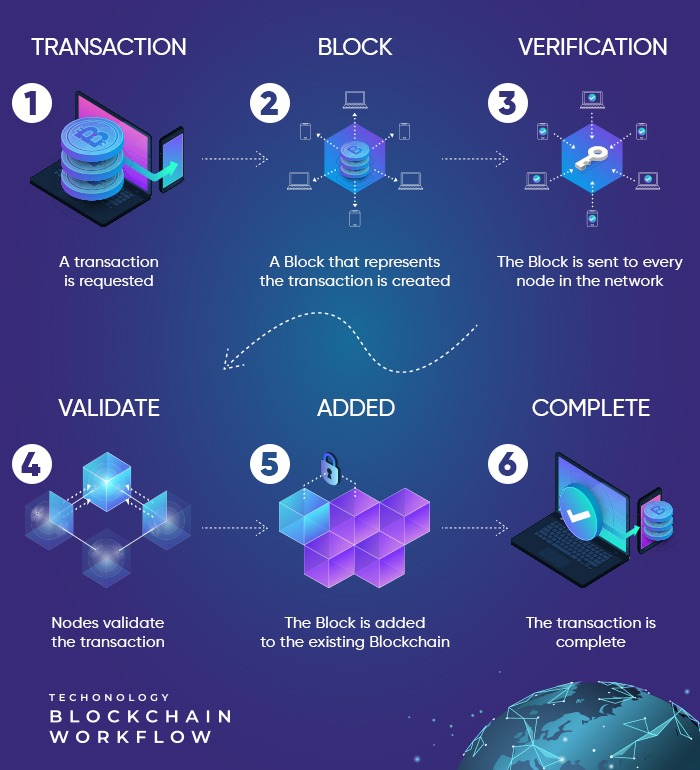 So far, I talked about three main advantages of the technology:

1. Security: decentralized data storage protects Blockchain structures from the vulnerabilities of traditional banking information systems, whose centralization makes them easy to penetrate with a single hack

2. Confidentiality: networks do not monitor the type and purpose of the transaction, even if cryptocurrencies are used on the Dark Web. It is challenging for a transaction to be associated with a person.

4. Timestamping: although very secure and confidential, the technology allows monitoring up to the source of all data (financial or non-financial) included in the databases.

Some other Blockchain characteristics:

• The Blockchain is “permanently open“, 24 hours a day.

• Almost instantaneous transactions (up to a maximum of 10-15 minutes), way less than the classic 48 hours in the banking environment

• “Banking the unbanked”: the technology can be available to any Internet and mobile owner, regardless of the country in which he lives, if banks impose various restrictive conditions for opening accounts. The World Bank says there are currently about two billion adults worldwide without access to banking. 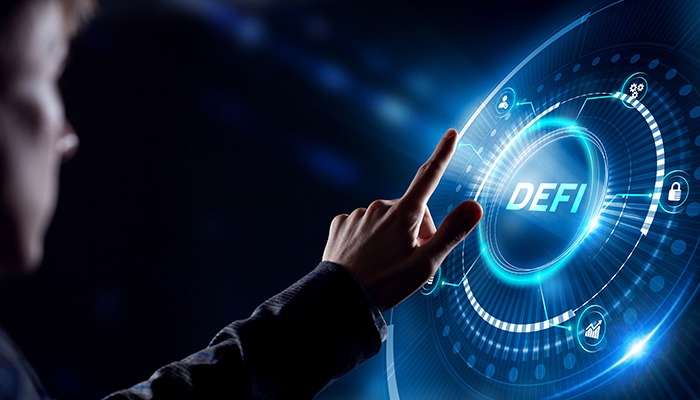 Cryptocurrencies appeared on the market in 2009. Since then, Blockchain and related technologies have started to be used, effectively and not experimentally, in many other industries. Related to capital markets, three types of concepts are emerging:

1. Alternative banking services: traditional banking has an ambivalent attitude towards Blockchain. Giants like UBS or Barclays have created their research labs, but central banks like the Federal Reserve don’t think that the technology is mature enough yet. Instead, some alternatives to banking services like Mojaloop, started by Bill and Melinda Gates, which provide open-source payment services for disadvantaged areas, slowly pick up speed. The concept on which Mojaloop is based is called Interledger and is related to Blockchain.

3. Smart contracts: software alternatives to classic contracts, functioning on the Blockchain infrastructure. Investopedia offers an example of using a smart contract when renting an apartment: like any contract, it will include a guarantee, the monthly fee to be paid and the rental period, but we can, for example, the access code to the apartment. When the tenant transfers the first established sum of money, the smart contract will automatically change the access code to the one the two parties agreed upon and will send a notification to the tenant about it, and he will be able to enter the apartment. If somehow the access code cannot be changed or modified by the owner, the smart contract will automatically return the money.

The Blockchain is proving its usefulness in other areas, as we speak:

• Food supply: IBM has created the Food Trust, a Blockchain mechanism tracking the route of food from source to consumer. It is a medical revolution because, in the case of E. coli or salmonella infections, the source of the infection is located immediately, while in the past, expensive investigations were required which took several weeks.

• P2P Energy Trading: new forms of energy, such as solar, are decentralized, and production is fluctuating. Within a particular time, the solar panels of a house can produce more energy than necessary so that the house owner will sell it back to the network. I do not need to go into technical details because it is evident at first glance that such a situation fits perfectly within the Blockchain universe, which was carefully assessed by a startup called WePower.

• Mining of precious stones: as their origin is critical, the Blockchain helps to certify the source. For example, that’s what Everledger does.

Blockchain technologies have created an ecosystem called by specialists DeFi (Decentralized Finance) in the capital markets. It includes not only cryptocurrencies but also the three segments mentioned above. Soon, the technology can be applied to loans, real estate transactions or insurance. I have already mentioned its benefits. 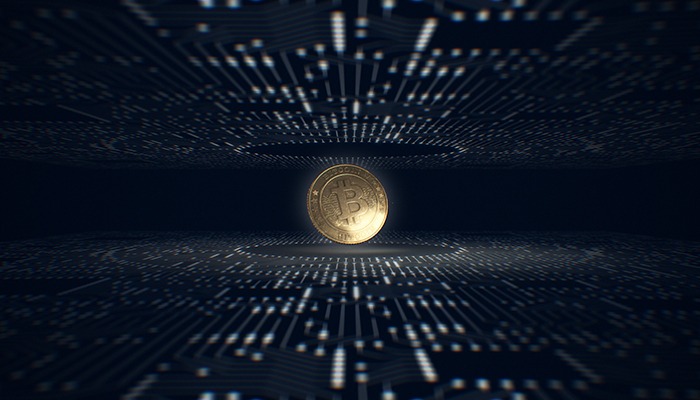 A bit of history

To me, the history of the Blockchain seems like clear proof that this technology boasts a vast area of applicability. Generally, Blockchain’s start date is associated with the birth of Bitcoin. This may be due to the mysterious character Satoshi Nakamoto, who proposed the Bitcoin architecture in 2008 on a specialized forum, and who is said to be a pseudonym, a real person or a group of people. But Nakamoto only gave the name of the technology. The concern for a secure, timestamped database is much older than that. Among others, Scott Stornetta, a Bell researcher, was concerned in the late 1980s with an unalterable database, starting with a scandal in the scientific world, in which another researcher had modified the data on which a study was based. To understand what it is about, for example, the Excel file fields are straightforward to alter because this is an intrinsic feature of the program. Together with Stuart Haber, also a cryptographer at Bell, Stornetta developed a theoretical proposal based on which such databases could be integrated into a computer, focused on timestamping and published in 1991. The idea would be used by Satoshi Nakamoto when he created the first cryptocurrency some 18 years later. 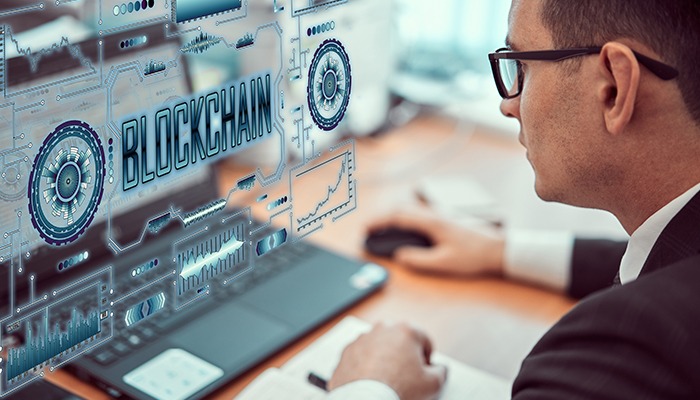 At this point, a small recap dictionary will help you better understand the structure of a blockchain-based capital market. I have prepared fewer academic definitions, opting instead for easier-to-understand explanations.

• Automated Market Makers (AMM): automated players from the financial markets, having the role of ensuring liquidity (assets required for transactions) and setting sell and buy prices, just like stock exchanges do in the case of traditional shares.

• Assets (assets): a broad category of properties with financial value, which includes anything that can be converted at some point into money, from shares to the actual money existing in the accounts. The difference between assets (assets) and securities (securities) is that the former instead reflect the property, and the latter, its convertible aspect in cash (liquidity).

• Blockchain: Decentralized database, distributed on several computers connected to the Internet (nodes), in the form of blocks of information. Compared to classic databases, this architecture is redundant (blocks are replicated in several places), almost impossible to falsify and has timestamps (timestamping: date, day, time etc.) on all its blocks, meaning that the records implicitly contain their provenance. Cryptocurrencies are not the only application of Blockchain.

• Cryptocurrency (crypto, cryptocurrency): digital asset / alternative currency (virtual), quoted, traded and distributed based on Blockchain. It is also called an altcoin. Cryptocurrencies differ from traditional currencies by decentralized management (there is no central bank to issue them) and the absolute confidentiality of the owners’ names. The prefix “crypto” comes from “cryptography” or encryption of owners’ names and other sensitive data.

• Decentralized finance (DeFi): the new decentralized, global and cross-border architecture of financial markets, based on the exact characteristics of the Blockchain.

• Distributed ledger: a term that includes Blockchain but is not identical to it, referring to an accounting register distributed in several electronic sources.

• Fork: a software term characteristic for the open-source/free software movement. At a given moment, a program or operating system is divided into two distinct pieces, at the initiative of a part of the developers working. Because cryptocurrencies are based mainly on software and an open-source philosophy, they also split, at different times, into different variants. One of the most famous forks is the one in which Bitcoin Cash split in 2017 from Bitcoin.

• Liquidity: the characteristic of a market/segment referring to the ease of trading. Two categories of valuable shares can have very different liquidity on the same stock exchange, meaning that some are traded much more than others.

• P2P (Peer-to-Peer or P2P): feature of a network architecture that has influenced the Blockchain architecture. In peer-to-peer, transfers take place between peers and not between a server and a user/client. The category includes Blockchain, but also Bittorent class technologies, which refer to simply transferring files.

• Securities: class of convertible assets – and converted into money. These can be participation in companies (equities – of which the shares are part), tradable debts (debts) or derivatives (values resulting from different assets, such as futures contracts or stock options). 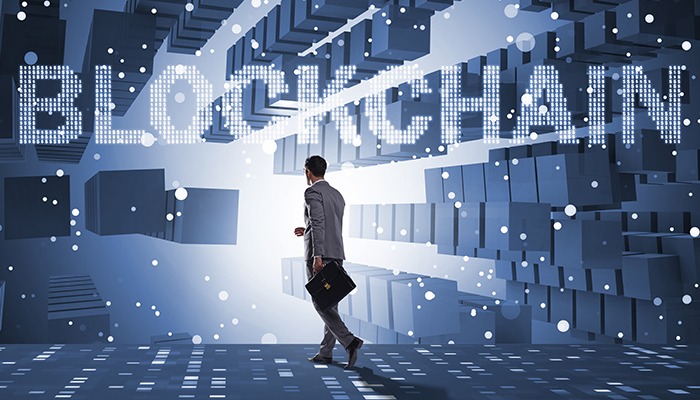 The future of Blockchain

In the following episodes of this series, I intend to detail more aspects of the technology that I consider revolutionary. I will review, for example, Automated Market Makers, a growing market, and the specifics of millennial consumers, for whom the idea of Blockchain seems – and is – explicitly created. I will also talk about the uses from the stage of proof of concept or in development. Even if they might not have an immediate practical use, I consider the information about these things as a matter of general culture, without which the future will catch us unprepared.