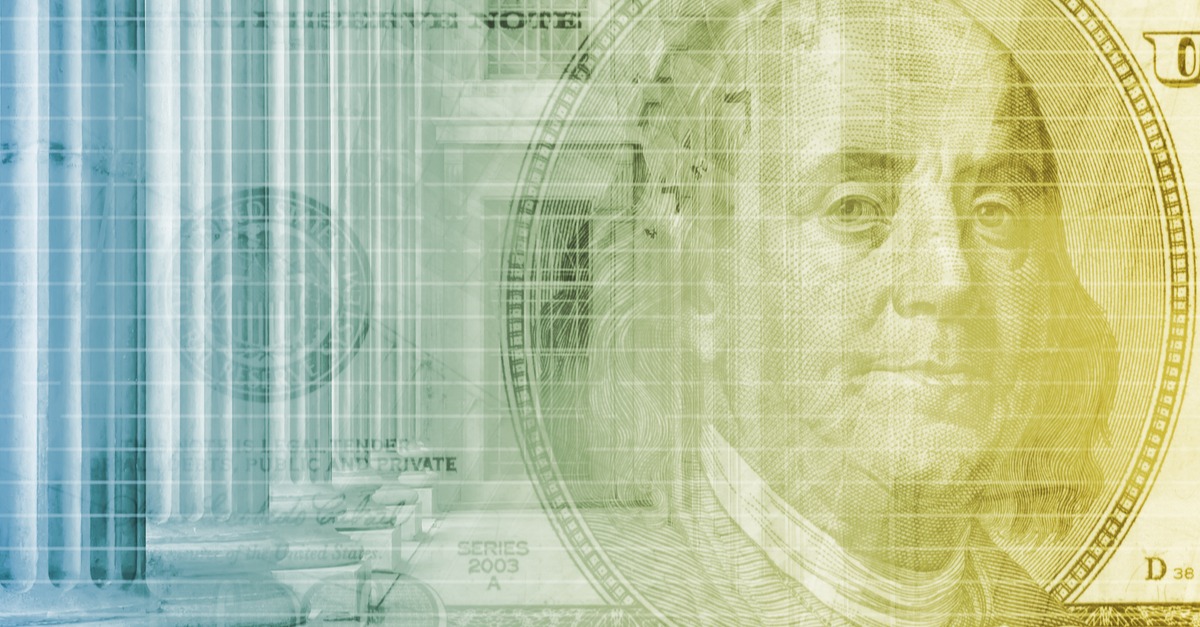 Wall Street was preparing itself for a terrible earnings season.

It’s not all bad news

The negative influence of the Covid-19 pandemic has been deemed to be anything between dire and desperate. And, for most, this already is, and will surely be, the case.

The exceptions are, by proper definition, exceptional. I’m talking by bigger-than-Earth companies, enterprises with revenues more massive than most countries’ GDPs, behemoths in their own right: most, if not all, from the tech sector: Microsoft, Alphabet, Amazon, Facebook, Apple.

For them, the lockdown, the social distancing, the increased online presence, the overall feeling of insecurity, fear, anxiety, and maybe even boredom is yet another reason for people to use their services and, all in all, for them to generate more revenues from their core, and secondary, and tertiary businesses.

It might be Wall Street’s worst-kept secret that the tech sector is, and has been for at least the last decade, on everybody’s lips, in everybody’s mind and, sooner rather than later, in everybody’s investment portfolio. And by everybody, I mean all social classes, all levels of interest towards capital markets: from your hairdresser to Warren Buffett’s humongous investment conglomerate.

They’re all rocket ships on their way to trillion-dollar market capitalizations (the Trillion Dollar club already includes Apple, Microsoft, Amazon, and Alphabet). And there’s not much that can stop them. At least not yet. Not in the first quarter, not by the Coronavirus, not even the containment measures.

Their earnings for the first quarter looked better than expected, and, for sure, better than those from any other market sector, be it retail, banking, automotive, travel & tourism, or commerce.

Its stock price marked an astounding 3,500% return on the last decade. Although it’s seen a slight decline in the past months, it’s still reaching for higher highs and will, according to most market analysts, reach and top the historical max value of $917/stock.

Long term forecasts for TSLA stock price are close to $1,100, according to CNNMoney, which means an additional 35% ROI from current stock prices.

I’ve included Tesla here because the behavior of the company, and implicitly, of the stock, mimics those of tech companies, not of automakers. They’re constantly innovating in terms of business, budgeting, marketing and financial positioning and I see them being one of the top performers of this decade, as well.

What else is there to say about Zoom apart from the fact that, taking full advantage of the unconventional ways of doing business brought up by the pandemic, it exceeded 300 million daily meeting participants, up from last December’s total of 10 million. That’s a remarkable 3000% jump.

Analysts at seekingalpha recommend Zoom as being a “buy and hold” stock for the long run. CNNMoney see Zoom’s stock reaching $200 – a potential increase of 20% from present day prices.

EARTH 2.0 – the mandatory condition to digitalize businesses and embrace and prepare for the future. Today. All companies below are prime exponents for this business model, and it paid beautifully until now. Just as the Industrial Revolution rearranged the balance of powers almost 2 centuries ago, we are witnessing history in the making with the current the Technological Revolution:

*Tesla: not much in terms of revenue, but a substantial ascending stock trend (it rose more than 200% in 2019)

*Zoom: 12% share increase after revenue more than doubled in the quarter

A stubborn, poorly adapted, conventional business model is, and has always been a recipe for disaster. On all accounts, Microsoft should have been on the losing side of things, if it weren’t for Satya Nadella, the CEO who brought openness and collaboration to what is once was a sinking ship.

Comparing well-established enterprises with the tech cousins from above:

The gap between winners and losers grows more profound for now.

It’s my undivided opinion that all four major tech players that right now are laughing all the way to the bank will have to turn their smiles into frowns once Q2 earnings are released. They took advantage until now from the increase in the cloud business and the work-from-home movement.

But the economy forgives and forgets no one – in the USA alone, more than 30 million people filed for unemployment benefits in the last seven weeks, and the future does not look too rosy for the job sector.

No matter how much money the Fed might helicopter-throw unto the economy, the consumers are scared, cautious with their finances, and, in some cases, even hungry.

In these circumstances I see the Q1 earnings success for the tech giants is a temporary victory. I firmly believe they will be caught from behind by the huge wave that already smashed retail, banking, services, commerce, oil, entertainment, or travel.

The future is grim

Q2 earnings will be an eye-opener for all market optimists across the board.

Goldman Sachs expects a US GDP contraction of 34%, unemployment soaring to 15% – no happy-end is in sight.

US retailers are stopping payment to hundreds of thousands of workers in a desperate struggle to cope with the slump in demand, the four rounds of economic stimulus from the Fed seem to make little to no difference until now.

On the long run, in an inter-connected global economy, everybody’s in the same boat: decrease in consumption and demand from commerce and retail brings lower ad revenue for Google, which in turn brings down the cloud business revenues, which in turn influences the hardware demand, which in turn affects producers…and so on. The cycle cannot be broken without every integral part being affected.

Provided the virus is ephemeral, maybe even more or less contained in Q2, the global economy might start to pick-up and rise from its ashes in the second half of 2020.

As always, being in close touch with the state of affairs, being up to date with the news, keeping your head clear and thinking straight on how to turn this fallout into an opportunity is the best advice I can give you.

The harder the containment measures strike, the bigger the economic shock, the larger the recession that will entail, and the more considerable the investing opportunity!

It’s challenging to keep your cool now, but I’m confident that those who adapt, those who look for alternative investment means (be it art or safe-haven assets such as gold or platinum or even fintech companies) will enjoy one hell of a ride.

I’ve split the final chapter into two categories: my personal vision and my professional endeavor.

I’m an investor myself and I see this crisis as an opportunity to short the market on businesses that have not yet adapted to the new world and, in order to practice what I preach, buy Tech Companies (F.A.N.G.) for the long run.

Protect my businesses and my employees; the measures I already took (work-from-home for 99% of my workforce, consolidation measures for capital flow, redirecting of investment flows, budget reframing, alternative investment areas, enforcing my business’ technology core) will continue to prove successful and inspired.

Even though we’re constantly expanding, having more than 250 employees all over the world, I want to continue behaving and acting just as a start-up; I see in this the right way to consolidate our position, and conquer new markets and alternate areas of investments.