Blog/Business /Coronavirus vs. the Financial markets 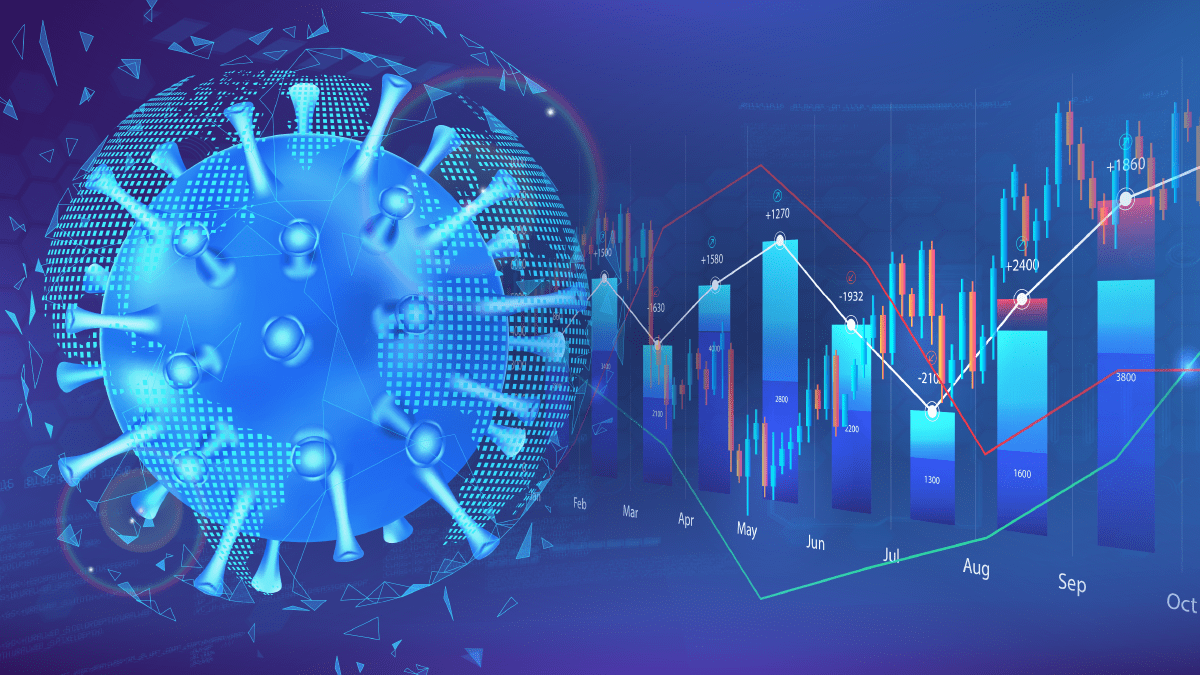 After an extraordinary 2019 for the financial markets, many global companies had set unrealistic profit targets, with growth that would be hard to sustain.

Let’s not forget that, for the first time in history, the US technology sector recorded market capitalization that exceeded 1 trillion dollars. In such conditions of exacerbated optimism, it’s only natural to expect to see spectacular falls on the international stock exchanges this year. The bar was raised too high in 2019.

These were the optimistic figures when 2019 ended. Everyone, including most financial analysts, was expecting 2020 full of new records.

Only this time, the targets couldn’t be reached – the economy, like history, has a tendency to repeat itself. The longest bull market in history (from 2008 until a few days ago) has been ravaged by the Coronavirus pandemic and, as many can state, popped the business bubble in which we used to live.

THE HISTORY OF GLOBAL CRISIS

The history of global crises is spectacular but also cyclical, as in the most recent past we have the great oil crisis in the 70s, the infamous Black Friday of the 80s, a second oil crisis in the early 90s, the dot-com bubble of the 2000s and, more recently, the financial-real estate crisis from 2008.

We can see that roughly every 10 years, the capital markets go through a reestablishment process, resetting their values – an event which we’re in the middle of right now.

The first signs of weakness started showing up at the end of 2019 – an important factor is one of the stars of the gig economy, WeWork, which was preparing for its primary listing.

In less than a month, from an alleged market capitalization of about $ 47 billion, the company dropped to less than $ 10 billion, canceled listing plans, fired much of the workforce, and even removed its CEO from the company’s management, being rescued from bankruptcy only by one of the banking groups in the shareholding board.

In the case of WeWork, the reason for the fall was the circumspection that investors began to have in the quality and stability of the company. But the WeWork case is not unique.

As in 2008, the capital markets and investors initially reacted emotionally, triggering what is called a sell-off panic. Right now, we have a reaction based on instinct, market expectations being that global stock exchanges will reach a general decrease of up to 20%.

After more than a decade of “pampering”, a period when money was extremely cheap, friendly lending and market conditions were all favoring growth, the reality is coming down.

Many businesses will have their skills tested, (just as a heavy sea shapes a sailor’s skills, only a real market, built on healthy fundamentals, will train enduring entrepreneurs).

At the moment, the general feeling is one of uncertainty, nobody knowing what to expect, with postponed investments, and expansion and development plans put back in the drawer – all eyes are focused on the state, central banks, and global vectors.

After the first wave of decline, we’ll see the markets adapting to new conditions – this being the turning point that can make the difference in a medium to long timeframe between the economies that are recovering – and will even prosper in the post-Coronavirus era – and those that will slow down the economic recovery.

There are two extremely important evaluations:

I am afraid that once all the above figures reach the market, a second wave of the crisis will start, the one in which the global stock market decreases will rise by another 25-30%.

Overall, on the 2 stages described above, the world expects impairments of up to 50% (eg. DJIA going below 12,000 points).

Businesses are people-based, and when those people lose their jobs, we will start seeing the real dimensions of the crisis. That’s why I always pay attention to the labor market figures (the famous US Jobless Claims report hit a record high last week, with about 3.3 million people going into unemployment in just one week).

The key movement is for central banks and national authorities to take monetary & fiscal measures, and also strengthen the labor market. Economies that will not adapt their structure to the new global conditions are risking a lot, as the rational sell-off, the one based on structural economic decisions and profitability calculations, has a longer life cycle and a much stronger influence than the one caused by initial panic.

Monetary/fiscal support packages have already been launched by all major economies (in the US alone, the Federal Bank announced a $ 3.3 trillion program to counteract the crisis effects), but it won’t be enough: businesses need to adapt their methods, plan everything out in advance, and invest more to add value to their work.

The global economy will recover, markets will reach historic highs again, and investors will regain their optimism. But before all this happens, a global sync with the new economic conditions is deeply needed.

There are 3 extremely important factors that have ruled my business philosophy so far:

• Liquidity – cash flow is essential; I must maintain a balance between savings and investments

The same 3 factors mentioned above are the ones that will push some companies to new records and others into bankruptcy.

I am deeply convinced that technology giants like Alphabet, Apple, Amazon, Microsoft, Facebook will recover quickly and hold onto the growing trend because their fundamentals are healthy, they have huge cash reserves and their business plans are built for the long run.

My predictions are that Amazon will be the first company to reach a market capitalization of 2 trillion dollars – the e-Commerce sector is booming right now.

However, others won’t be so lucky.

I am more optimistic than in 2008 because I appreciate that the common individual’s level of financial education has increased, governments and central banks have much quicker reactions and are prepared to make any effort to minimize the effects of the crisis.

I want to leave you with a few recommendations on what’s to be done during a bear market:

Take care of your portfolio and finances! – we are all interested in discounts. What better time to buy, right? A global crisis is for the stock market what sales are for shops!

Be patient! – rethink your portfolio, lower your expenses, increase your savings and assets and wait for your return

Panic is useless; add structure to your thoughts, plan strategically, be aware of the risks and act with caution.

We’re going through a natural phenomenon, don’t lose your cool, make smart investments and you will soon reap the fruits!

How to Pitch an Angel Investor

End of lockdown – Wuhan is the new capital of the world